How to Frame a High Deck

High decks have more stringent requirements than low decks. Building codes call for stronger materials, and joints the higher off of the ground a structure becomes. In many jurisdictions, ground level decks may not require any inspection, while second story decks nearly always do. Safety is the primary concern driving these differences.

Here are some changes to check your local code for:

These changes are not major. The construction process is still almost identical. Plan for the budgetary increase of larger posts and footings and be prepared to spend more time ensuring that each joint is properly fastened for a long lasting and safe deck. Check your local building code. 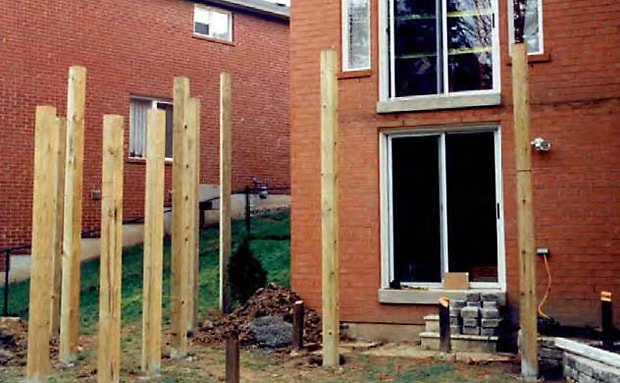 Larger support posts can create sight line issues and care should be taken to arrange them around doors and windows in a way that makes the most sense, while still providing adequate support for the deck’s frame.

The notches will require some engineering to cut. It's recommended that you use a circular saw to cut the depth, top, and edges, but the larger post will require the notch to be cut away with a tool that has at least a 3 inch depth of cut, such as a table saw. You can also use a reciprocating saw with heavy blade to cut along the “outline” cut created by a circular saw to remove the notch piece.

Corner posts must be notched on the two faces that attach to the beam, and if a double beam is used, the inside face must also be cut.

The beam lumber rests on the ledge created by the bottom cut of the notch, giving the joint added strength. Lag bolts are typically used to fasten the bolt to the remaining post, behind the notch. Check your local building code. 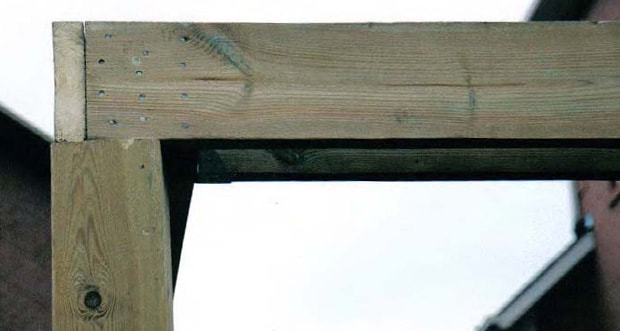 The notched joints will also provide a more aesthetically pleasing frame system from underneath. This is an added benefit if the deck has a patio, or other outdoor living space underneath.

Double beams can also be bolted through, so that both pieces of the beam are fastened to each other, through the post. Position the head of the carriage bolt on the most visible face of the beam and the nut and washer on the least visible face for best results.

The larger posts will contribute “weight” to the design, but large PT posts are often unsightly. Cedar posts can be used and are lighter and easier to cut, but cost several times as much as PT posts. 1x cedar, or composite face plates, installed on all four faces of a treated post create a “wrap” that turns an ugly post into a decorative column. 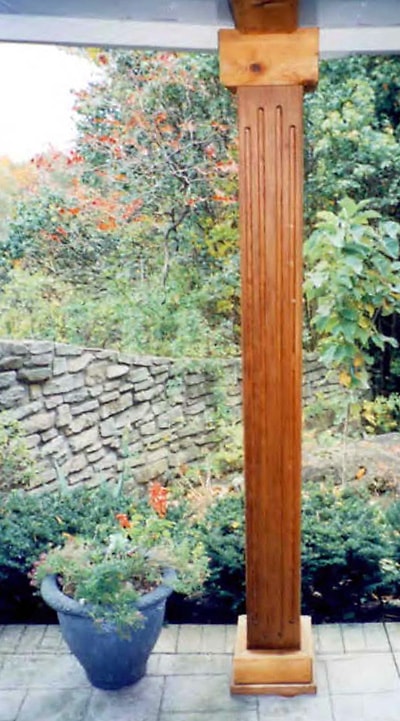 For even better looking posts, use a router with a “flute” bit to cut round bottom channels into the outside face of your wrap pieces to create a decorative column pattern. Use a guide rail or template to create straight cuts for best appearance. Free-handing router cuts is very challenging, and a missed cut in the face of a post can be hard to correct.

You haven't viewed any deck plans yet. Have a look at some of the great deck plans we have available.